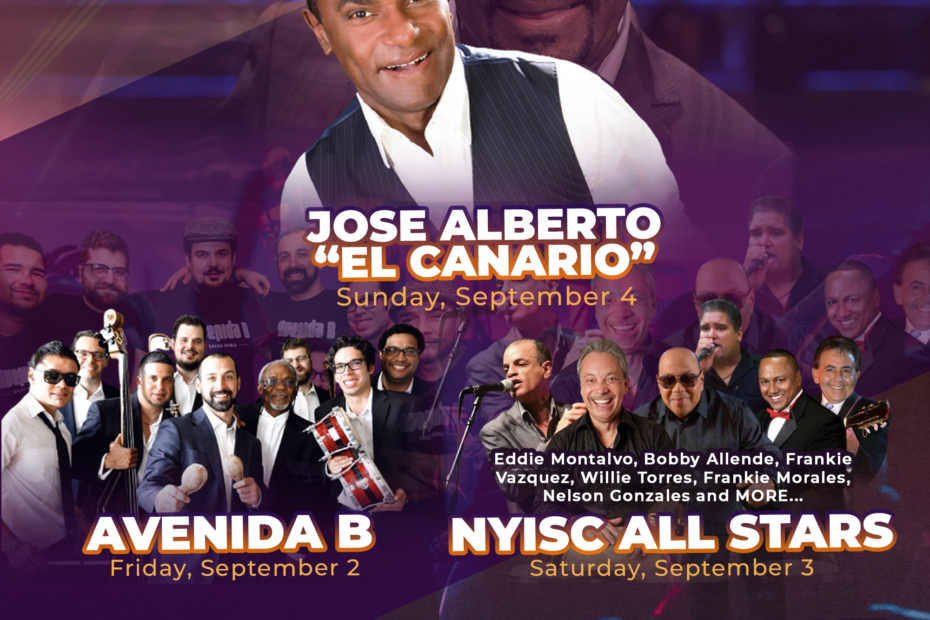 Saturday, September 3rd, it’s the premiere of the NYISC All Stars, featuring New York City musical legends together for the FIRST time ever!!

On Sunday, September 4th, one of the most famous and iconic salsa legends ever, with the voice and stage presence that is unmistakable…Jose Alberto “El Canario” LIVE to close out the NYISC Concert Series with his smash hits!!!

NYISC 2022 Passes prices will be increasing as of June 1st!  Buy now while Spring season prices are still in effect.  See all the Passes available on the NYISC website, and join us for our NYISC 20th Anniversary celebration on Labor Day Weekend September 1-5 for an unforgettable weekend of dance, music and FUN in Times Square.